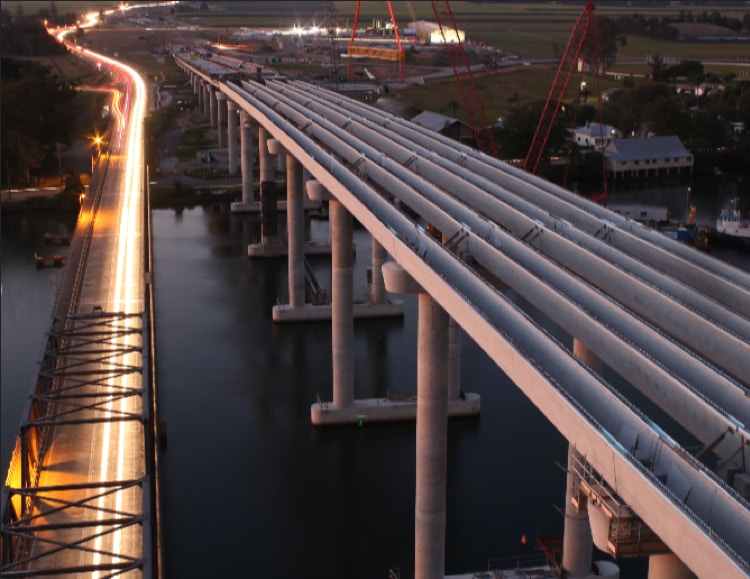 The Harwood Bridge upgrade included the design and construction of a new 1.5 kilometre bridge over the Clarence River, about 70 metres downstream from the existing bridge. The length of the bridge over the Clarence River will span 620 metres, with a vertical clearance above the river of at least 30 metres for marine traffic to pass. The new bridge will be a dual carriageway bridge, with two lanes in each direction including local road works at the northern and southern abutments. 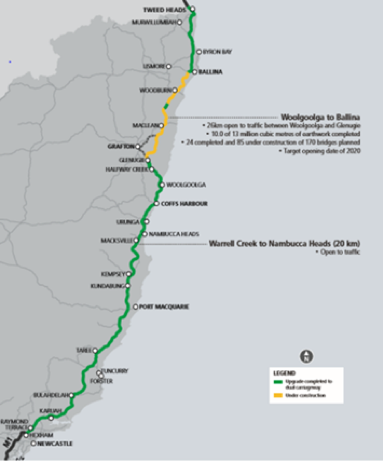 On the 29th April 2016 Acciona Ferrovial Joint Venture was announced as the preferred tenderer to design and build the proposed new bridge at Harwood over the Clarence River in New South Wales. The new 1.5 kilometre bridge is being built 70 meters downstream of the existing bridge and is the longest of more than 100 bridges to be built as part of the 155 km Woolgoolga to Ballina Pacific Highway upgrade.

When approached by the team at Pacifico (Acciona and Ferrovial JV) to assist with the critical element of forming up the columns and headstocks Acrow Formwork & Scaffolding was quick to respond coming up with an innovative fully engineered solution, that pushed the boundaries of conventional formwork.

“Harwood Bridge was a complex design and supply project that took Acrow out of its comfort zone and pushed the boundary into more complex temporary works to provide the client with an all in one solution they were after. Through many hours of design and coordination we were able to provide the client with a simple and efficient system that was overall safe to use with the majority of issues resolved though meticulous planning by all parties involved before work began”

A full turnkey solution was provided in relation to the design and supply of four 170 square metre table systems using a mixture of custom fabricated steel and proprietary formwork. Each table was designed to support loads up to 500t and reusable up to 10 times. 32 headstocks were formed in total over both land and water. Over 150 lineal metres of custom steel circular column formwork was designed and supplied in diameters of 2.2m and 2.4m. The coordination and supply of over 70 custom fabricated elements including logistics of oversized loads transported over two different states. This project required 24-hour support from our team of in-house Engineers. Over 350 hours of design time was invested into the project including 3D modelling and constructability methods.

“Our experience with Acrow Formwork at the Harwood Bridge Project has been of the highest level, both from the design development stage to the delivery, installation and ongoing service of our major temporary formwork systems for all bridge components; including major column and headstocks in both the land and marine environment”. 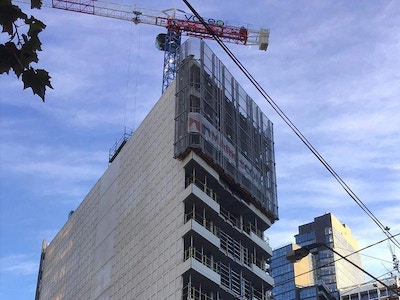 Breaking Ground for both Companies 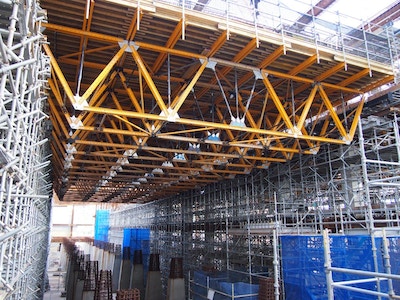 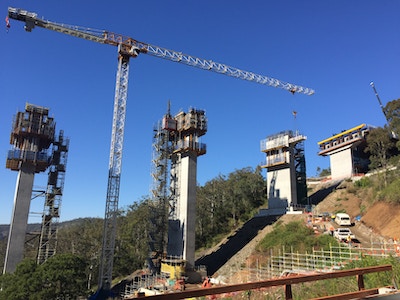